Main Beach’s newest luxury tower has racked up more than $65 million in apartment sales — mostly to locals — mere weeks after hitting the market.

More than 70 per cent of the apartments in La Mer, a 34-level residential-only tower have been reserved, with 65 per cent of sales going to Gold Coast locals.

Apartment prices start at $2.35 million, with the average price per square metre sitting at $10,500. 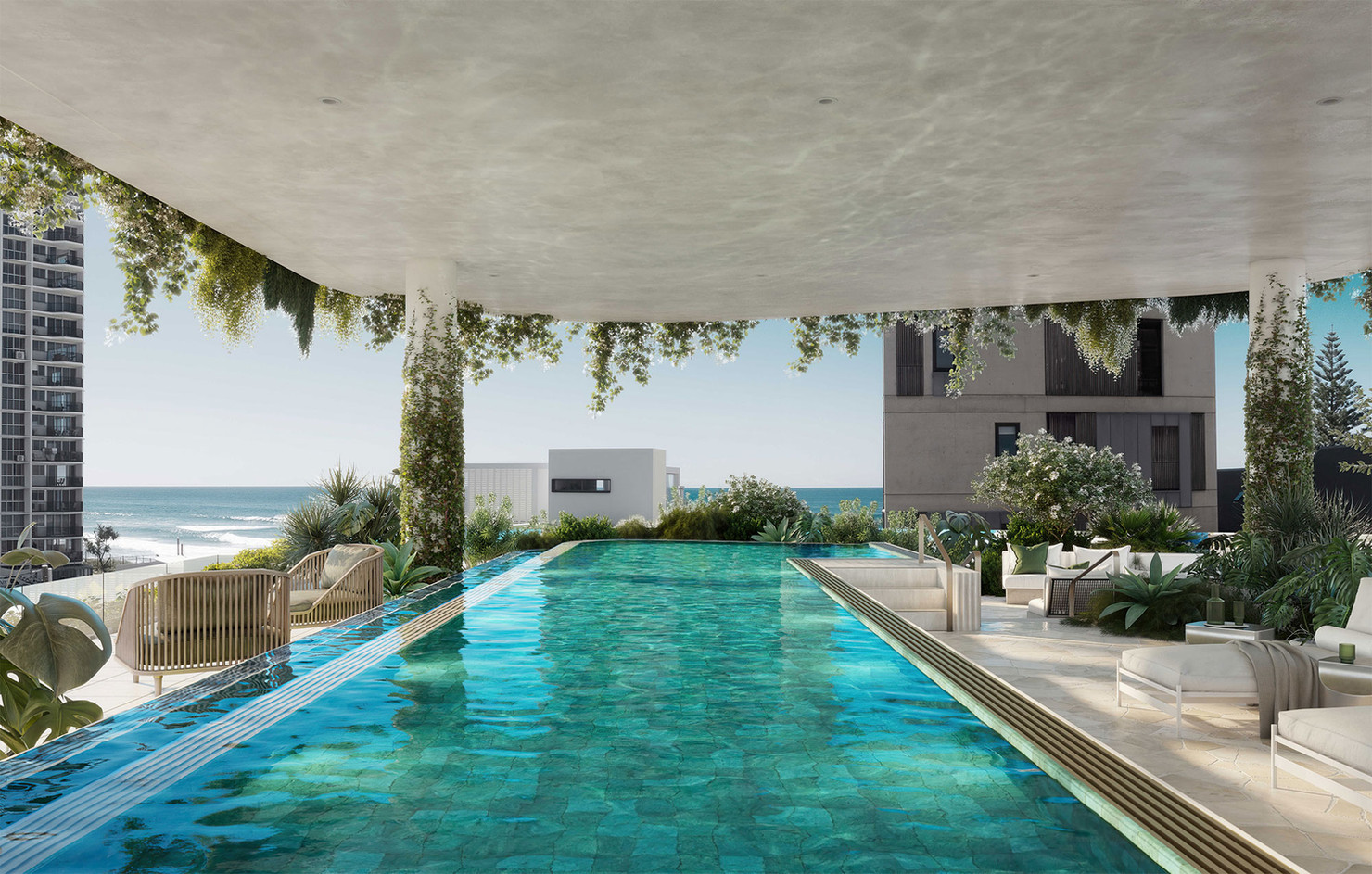 Prospective buyers swamped La Mer’s display suite in its first two hours of opening, with the rush of sales reinforcing the pulling power of this northern beaches pocket, which has always been tightly guarded by locals.

NPA Projects director Andrew Erwin, who is marketing the development, said the sales also exposed the level of pent-up demand for luxury, full-floor, apartments along the city’s coastal strip.

“The project has experienced overwhelming support from the local market with 85 per cent of buyers coming from Queensland and only three buyers to date looking to move from interstate,” Mr Erwin said.

“One local couple who were just walking past decided to drop in on the launch event and after seeing the apartments’ potential, decided to put a deposit down then and there,” he said.

Mr Erwin said developments such as La Mer were fulfilling buyers’ desires to upgrade their lifestyle without having to compromise on space and comfort.

Mere steps from the beach, La Mer honours its French namesake meaning ‘the sea’ with each apartment featuring ocean views, a prime north-easterly aspect, and direct walkway access to Tedder Avenue and the beach.

Construction on the development will start late this year, with a builder to be appointed in the coming months.