CONSTRUCTION has begun on Ignite Project’s Cabana Palm Beach development in South East Queensland, after achieving an $80 million sell out on the project. 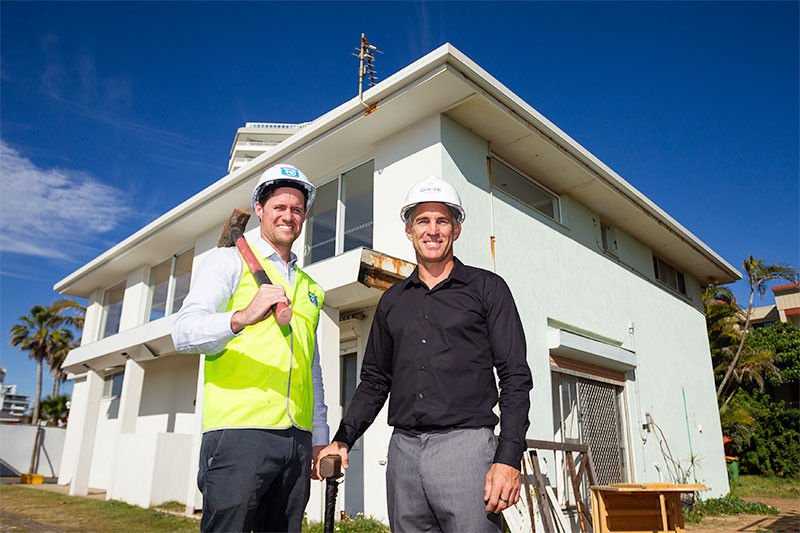 Hutchinson Builders are set to deliver the 30 apartment strong development at 1 Nineteen Avenue.

According to Josh Foote, the managing director of Ignite Projects, the developers are pleased they went ahead with their initial plans, after the arrangements for the amalgamation of the Cabana site were finalised in line with the onset of COVID-19.

“The market was really uncertain, in fact the whole word was uncertain, but we knew we had a gem of a site and our design concept would be spot on – we just had to hold our nerve,” said Foote.

“While some areas in Australia were battling Covid-19, Queensland was dodging the bullets and we realised there was huge potential for us if we maintained our course,” added Foote.
The Cabana development ended up as one of the Gold Coast’s most successful new apartment developments, according to Andrew Erwin from NPA projects, who marketed Cabana.

65% of the buildings contracts were secured within the first two weeks of the launch, with 100% under contract within six weeks.

“We started with 34 apartments but ended up with only 30, as four buyers chose to combine two apartments to create massive penthouse scale residences with more than 400sqm of living space,” he said.

Coastal locations like the Gold Coast, along with regional areas across the country, were the driving force behind much of the recent strong growth of 6.6% in asking prices over the past year.

“The quick sales have allowed us to move the construction start date forward, so our buyers can move in before Christmas next year.