Property investors are cashing in on employee reluctance to return to work in the wake of the COVID-19 pandemic by transforming space intended for commercial use into residential apartments.

Architects and developers claim there is strong and growing demand for customised conversion of low-rise offices and greater interest in old warehouses and commercial spaces that can be easily refurbished, particularly around Melbourne and Sydney.

“There is no doubt it will continue,” says Chris Stanley, director of Splinter Society Architecture, who is increasing the number of apartments that were originally planned for a mixed-use development in North Melbourne.

In Sydney, global real estate groups such as Savills are scouring inner suburbs for warehouses and commercial buildings that can be converted into trendy apartments.
Stuart Cox, Savills director of residential site sales, adds: “We can’t get enough.”
Easing concerns about COVID-19 has done little to lure workers away from their home offices and back to the workplace, particularly in major cities where many employees face long commutes on public transport.

Three in four city workers are reluctant to return to their workplace full time, according to a Roy Morgan poll commissioned by the City of Melbourne.

More than 30 per cent of people would like to work mostly from home and more than 40 per cent would like regular days at home, its analysis shows.

“It is happening because [for many employees] it does not matter where they work any more,” says Ms Blamey.

Too soon to tell

Hank Bronts, managing director of Castlerock Property, an investment management and property group, warns it is “still too early” to assess whether working from home will continue to phase out as the pandemic retreats.

But Simon Basheer, national president of the Urban Development Institute of Australia, says governments need to slash red tape to enable property markets to respond to changes in demand.

Mr Basheer says: “There’s no doubt asset owners and investors will be looking hard at the additional opportunities caused by the shift towards more employees spending a great share of their working from home.”

There needs to be a “full-throated effort by planning authorities” to keep pace with changing demands for the way people live, work and travel, he adds.

It’s unlikely office owners of central business district office towers dominating city skylines will be calling in the architects, partly because the floor plans, lighting and poor access to fresh air, such as balconies or opening windows, make them unsuitable for residences, adds Splinter’s Mr Stanley.

Vacancy rates in residential towers around the Melbourne and Adelaide CBDs reported the tightest rental markets on record during the pandemic, with one in 10 Melbourne apartments vacant, according to SQM Research.

Sydney and Brisbane also posted sharp vacancy increases, largely as a result of overseas students and immigration being curtailed because of the pandemic.

Mr Stanley says older, inner suburban and lower rise buildings in Melbourne’s CBD that relied on windows for lighting and ventilation are “perfectly suitable” for adapting to mixed commercial and industrial use.

Savills’ Mr Cox says rezoning around Sydney suburbs like Willoughby and Chatswood, which are around 12 kilometres north of Sydney, is unlocking “pent-up demand”.

Daren McDonald, a director at ShineWing Australia, an accounting and property consultancy, says there is a renewed push for governments to identify the “best and highest use”, particularly as residential property markets boom.

“There’s a lot of pressure to rezone to stop urban spread,” says Mr McDonald, who urges owner occupiers and investors to avoid costly mistakes by ensuring all permits before commencement of any conversions.

For example, owners of a $1.8 million luxury warehouse conversion in Richmond, which is about two kilometres south-east of Melbourne, were evicted after the local council decided it breached “longstanding” prohibitions for residential development.

In Brisbane, a developer’s attempts to retrospectively approve a warehouse conversion in Rocklea, about 11 kilometres south of Brisbane, triggered an expensive and unsuccessful legal battle because it conflicted with the local council’s planning scheme.

Mr McDonald warns those considering a mixed-use apartment to clarify zoning plans for the proposed conversion and adjoining buildings.

“You don’t want to be living in the middle of a construction site,” he says about buying in an area where zoning changes mean major development projects in your neighbourhood.
Other threshold issues include:

*How big is the commercial space? Is it a ground floor shop or medical surgery, or a large space that could give the commercial tenant an outsize influence on decisions made about the building?

*What is the commercial space used for? Is it a top-end fashion house, fast-food outlet or hotel? Space occupied by a prestigious retail tenant might frequently be replaced.
Cashed-up buyers are also demanding customised upgrades of apartment buildings ranging from reconfiguring floor plans to upgrading kitchens and installation of luxury brands, such as top of the range $40,000 clothes driers and dehumidifier.

Josh Foote, managing director of Ignite Projects, a Gold Coast-based property developer, whose luxury apartments, such The Monaco development on Main Beach, sell for around $5 million, says: “Let’s give them a big space because they know what they want.”

Lots of buyers want open spaces for entertaining while grandparents might require more than one bedroom to accommodate visiting grandchildren, he says.

Other basics required by wealthy buyers and investors range from music studios and cinemas through to walk-in wine cellars, custom-built car stackers for Ferraris and a garage big enough to accommodate the turning radius of a Lamborghini. 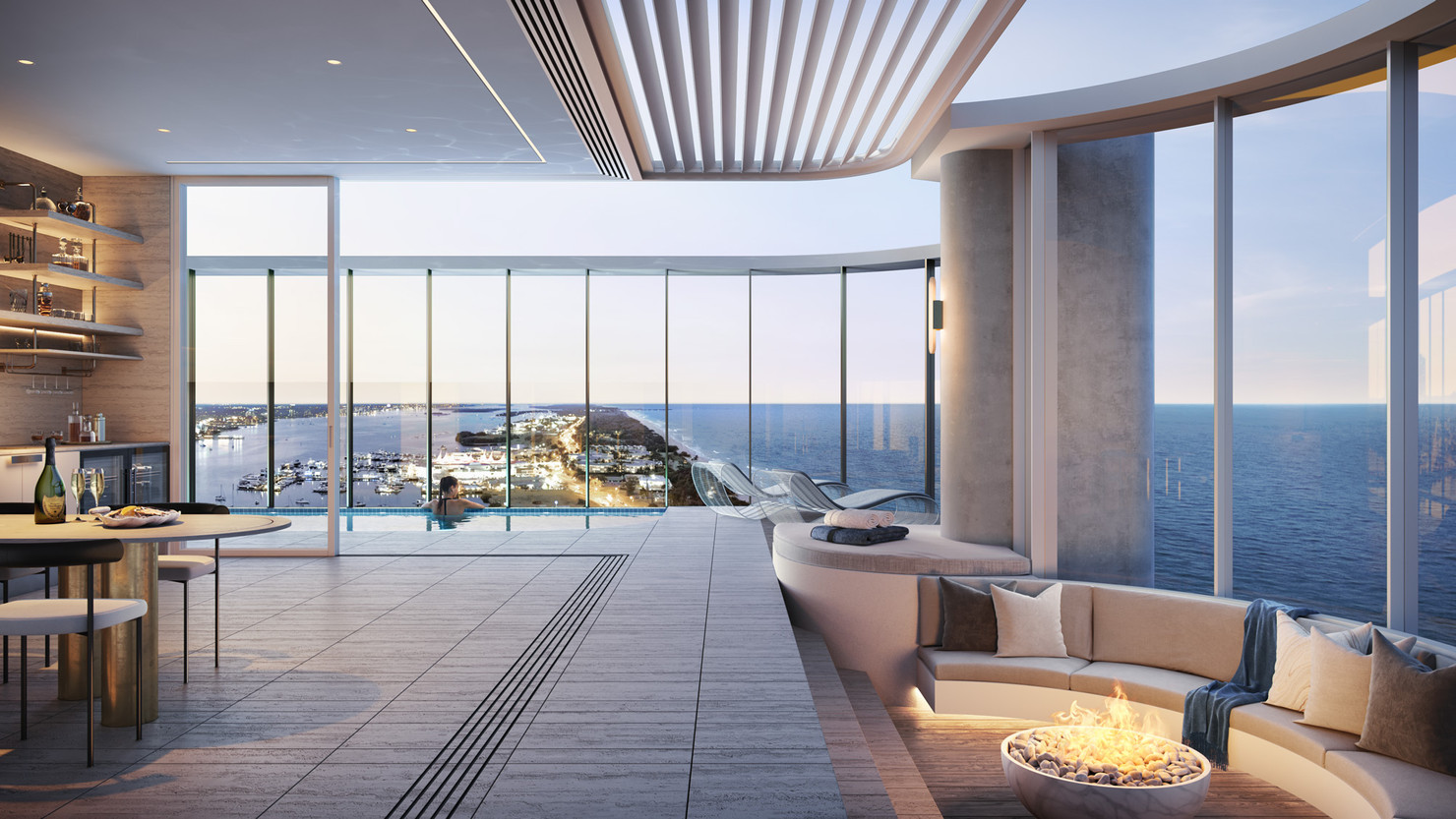 Published in the Australian Financial Review